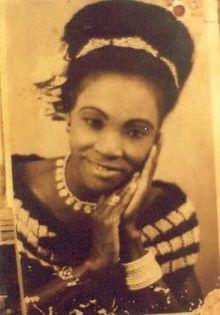 Feminist, social mobilizer, teacher, politician, fearless activist, nationalist, daughter, mother and wife are all the things Margaret Ekpo was in no particular order. A great woman indeed who was born in an era when Nigeria was under the rule of her colonial masters. Although, hope for Nigeria in gaining her independence and the movement to achieve this became more feasible in the 1950s, it was still an era of a hierarchical male-dominated movement. However, that Margaret was a woman, only gave her more strength, fervor and pride as she unapologetically carried out her duties.

In her early years of schooling, she reached standard six of the school leaving certificate in 1934 and could not further her education because of the tragic demise of her father. Relentless, she started working as a pupil-teacher in elementary schools and later married Doctor John Udo Ekpo in 1938. Given the opportunity, Margaret traveled with her husband to Dublin where she advanced in her education and obtained a diploma in Domestic Economics in 1948 at the Rathmines School of Domestic Economics in Dublin Ireland.

When the couple returned to Nigeria, Margaret established a Domestic Science Institute where she trained young girls in dressmaking and home economics. However, in 1945, Margaret Ekpo directly participated in political association instead of her husband, who could not attend meetings to discuss the discriminating practices of the colonial administrators, he directly experienced in Aba General Hospital where he worked, because he was a civil servant. These meetings were also to discuss the discriminating practices of the colonial administration in the city and to fight cultural and racial imbalance in administrative promotions. Later, she attended a political rally which saw fiery speeches from Herbert Macaulay, Mbonu Ojike and Nnamdi Azikiwe and was in fact, the only woman at the rally. By the end of the decade, she had formed a Market Women Association in Aba to unionize market women in the city and also to promote women solidarity/ fighting for the economic rights and protection of women/ expansionary political rights of women.

The result of her activism recorded major victories on two significant occasions. In 1949, a shooting incident occurred in Enugu when coal miners requested a wage increase which was their right. For daring to ask, their ring leaders were shot by the Colonial Administrators. Margaret Ekpo, known for taking swift action, got in touch with other women groups around the country and declared a day of national mourning for the colliery shooting victims, which drew attention to the incident in Nigeria and even across the world. In respect to the incident, Margaret made a fiery speech where she declared “if a woman had been among those killed, the British women in Aba would have all been killed”. For this, she and some others were arrested, harassed and faced deportation from the country of their birth! This ignited the Aba women to act and in retaliation, they threatened to set the town ablaze should the colonial masters make good their threat. This prompted the release of Margaret and the others that were arrested alongside her.

Margaret Ekpo was also responsible for the formation of the NCNC Women’s wing, along with the wife of the leader of the party, Mrs. Floral Nnamdi Azikiwe, who became its first president while she became the vice-president. But when Floral Azikiwe became the first lady in 1960, Margaret assumed the presidential post of the women’s wing where she continued to lead the women in campaigns for party candidates across the country, making a formidable campaign team.

Margaret’s political career ended with the commencement of the Nigerian civil war where she was detained by Biafran authorities for three years which did not weaken nor diminish her character and fighting spirit.

As the tussle for power between the military dictatorships and democratically-elected governments continued in Nigeria, not much was heard about Margaret Ekpo in the years that followed and by the time the country returned to civilian rule in 1979, she was 65 years old. However, all the contributions and active roles she played, were not forgotten. She was bestowed with several international and national awards including the Commander of the Order of the Federal Republic (CFR) and Order of the Niger (OON). As part of the memorialization of her name, the state government renamed Calabar Airport, the Margaret Ekpo International Airport.

She later died at the age of 92 on September 21, 2006 and was buried in a special mausoleum built by the state Government at the Hawkins cemetery, Calabar. During the funeral service held at the UJ Esuene stadium, tributes were paid by the state government officials who pledged to “turn her burial site to a tourist attraction to immortalize her achievements and contributions to the political development of the country and empowerment of women in the society”.