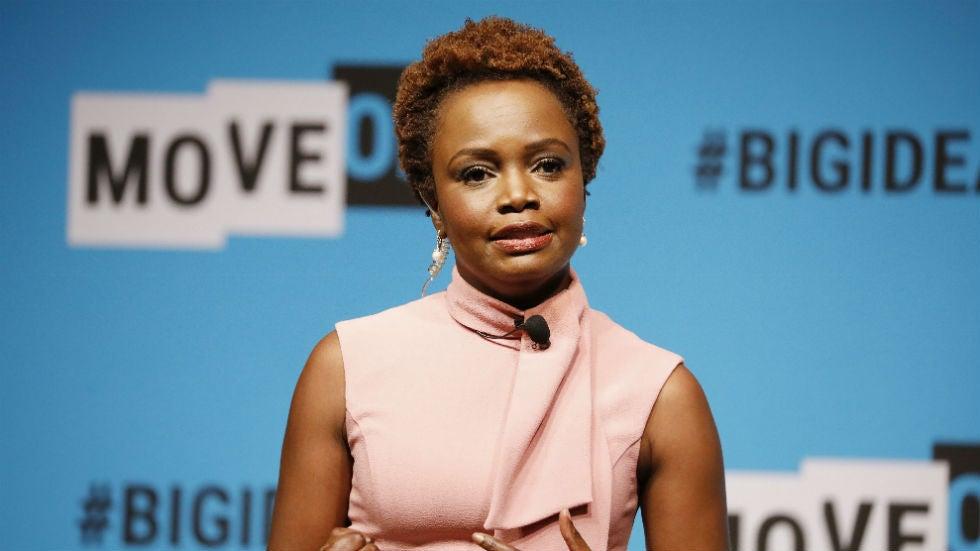 by Dolapo Akinlabi
in All america, La Femme

America’s history has been served, as this is the first time in its history, the white house senior communication staff will be filled entirely by women. Biden is also keeping his commitment to building a diverse team “that looks like America”, as these women hail from diverse ethnicities. Check out the amazing things about each of these women.

Jennifer Rene Psaki is a graduate of the College of William & Mary, where she bagged a degree in English. While in the institution, she was a member of the Chi Omega sorority and also a competitive backstroke swimmer for the school’s athletic team for two years. She is married to Gregory Mecher and currently has two children with her husband.

She began her career in 2001, with her involvement in the re-election campaigns for Tom Vilsack for governor and Tom Harkins for the U.S. Senate. Over the years, she worked with prominent political figures and became an American political advisor. From 2015 to 2017, she was the White House Communication Director in the Obama White House. She later joined the Biden-Harris transition team and was named the white House Press Secretary for the Biden administration.

Elizabeth Evans Alexander, an American press secretary and lawyer is a graduate of Texas A&M University, where she obtained her bachelor’s degree in Political Science. She furthered her studies and acquired a J.D (Juris Doctor) from George University Law Center. She is married to David wade and they have two children together.

Elizabeth kicked off her career, working for U.S Senator Joe Biden in 2006, as Communications Director in his Senate office and for Senate Foreign Relations Committee, of which Biden was chairman. She also worked for Biden as his Press Secretary from 2009 to 2011, when he was Vice President. In November 2020, she was named Communication Director for the First Lady-designate of the United States, Jill Biden.

Katherine Joan Bedingfield is a graduate of the University of Virginia, where she acquired a Bachelor of Arts degree. She is married to David Kelley Kieve and the marriage has been blessed with two children.

In 2008, she worked on John Edwards presidential campaign as a spokesperson and also served as the communications director, for the senate campaign for Jeanne Shaheen. She also worked for then vice president, Joe Biden, as the communications director in 2015. Then in the Obama administration, she held two roles; director of response and deputy director of media affairs. After serving as deputy campaign manager for the Joe Biden 2020 presidential campaign, she is currently the designated White House Communications Director, in the Biden administration.

She has been working in the political sector since 2001, where she worked as communications director for Ken Bentsen, a Texas state legislature. Since then, she worked closely with different prominent political figures and even served as special assistant to Obama and as director of communications for the Obama’s cabinet, after joining his campaign as a spokesperson. In August 2020, she was recruited to serve as senior adviser for strategic planning for the Joe Biden 2020 presidential campaign and has been appointed to serve as the communications director to Vice President, Kamala Harris.

Karine Jean Pierre, a political commentator, author, lecturer, activist and American political campaign organizer is a graduate of the New York Institute of Technology. In 2003, she received MPA from the School of International and Public Affairs, Columbia University. Pierre openly identifies with the LGBT and lives with her partner, Suzanne Malveaux and their daughter.

Symone Daniel Sanders is an American commentator and political strategist, who is a graduate of Creighton University, where she earned a bachelor’s degree in business administration. She currently lives in Southwest Waterfront with her partner, Shawn Townsend.

Pili Tobar is a Guatemalan- American political advisor and a graduate of University of Miami, where she earned her degree in political science and Master of Public Administration. She is a lesbian, married to Christina Carr and they both reside in Washington D.C with their daughter.

Mrs Chinwe Egwim is a trailblazer and we love how much impact she has made in the economic sector in...

Chic on a budget