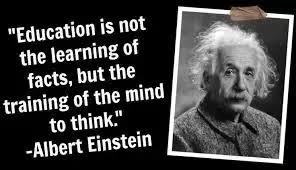 Grades in school are not always an indicator of success

by Elizabeth
in Lifestyle


The biggest reason why people believe this is due to the common belief that children who have good grades are going to have better opportunities to get quality education, while this is true, it is not something that can be considered a norm.

There are many factors to consider
There are some people who are better at school than others, and their success is usually going to be linked to a very robust academic journey. What this means is that people who get good grades are more likely to be successful in the future in fields that require a lot of formal education.
For example, someone who gets good grades in school is more likely to get a scholarship for college. People who are more interested in academic proficiency are likely to choose careers that require a lot of studying.


This is the reason why good grades are often linked to careers in technology and medicine. With that said, there are also many people who do great in school and they end up having a hard time becoming successful adults.

There is a long list of successful and famous people that had a terrible experience in school. They had bad grades, they had no interest in academic performance, and they often felt completely alienated from the school environment.
Some of the most notable names belong to the world of entertainment. Names like Johnny Depp, Tom Cruise, Chris Rock and Simon Cowell come to mind, but there are also many successful business owners and top level names in the corporate world that had bad grades in high school.
Some names that come to mind include Bill Gates, Mark Zuckerberg, Walt Disney, Richard Branson, and even Benjamin Franklin. These are all extremely successful and highly regarded individuals.
The list goes on and on and this makes it evident that good grades are not always going to be an indicator of success. With that said, no one should encourage their children to neglect their performance in school, but it is not the end of the world if a child is not performing very well in school. This is by no means something that determines the future of an individual.

What it does help determine is the type of profession they are likely to seek. As we mentioned before, people who do well in school are more likely to pursue a life of academic accomplishments. In contrast, those who are not getting good grades are more likely to seek success by becoming their own bosses.
Why does this happen?
There are many reasons why people who fail in school become successful adults. The main and most relevant is that high school is only a measure for how well you can adapt to the life of a person who wants to follow a very specific path. Do well in school, go to college, get a job, try to stick to that job, and then retire.

Most people who succeed without being disciplined in school are people who want to achieve more than the average person. They don’t care to “get a haircut and get a real job” like the George Thorogood song says. Their interest are much bigger and this is the reason why they reach a higher ground in terms of personal accomplishments.
There have been many people that never find success and they get bad grades in school, while there have always been many people who fail to succeed in life and they had great grades.

The lack of success of those who have bad grades and follow the path of the corporate ladder is usually caused by excessive competition in their field. Not everyone can land the highest paying jobs or get to the top positions within an organization. This means that those who seek to become successful in the corporate world and putting a lot at stake.
When it comes to people who want to pursue their dreams as entrepreneurs or as their own bosses, the stakes are just as high and the likelihood of failure is also there. The main reason is that the road is much more fun for those who pursue their dreams. It is also easier to stay motivated when you are on a journey to succeed with something you love.

Final thoughts.
There are all kinds of roads that people can choose to travel in life and the way someone performs in school is not going to be a determining factor for success. The most relevant thing to consider is that those who are truly passionate about pursuing their dreams are very likely to succeed regardless of how well they did in school.

Why early dating is not always the best for your children?

7 Essential tips to be a Classy Lady.