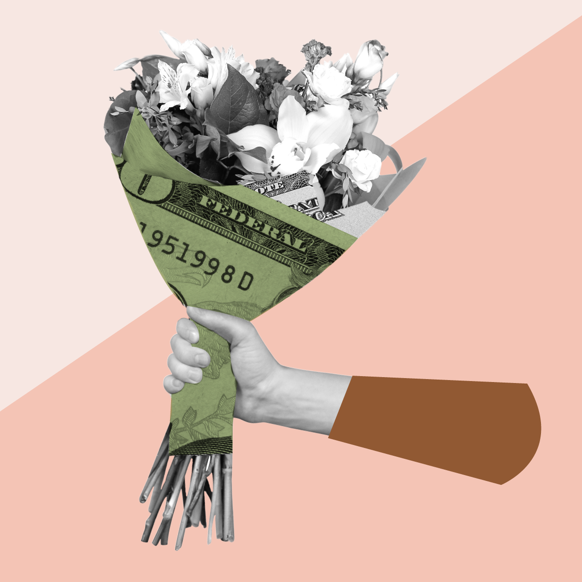 Many cultural differences dictate the way we behave and the choices we make in life. There are some decisions that seem to be based strongly on socio economic classes and marriage is one of them in many regions of the world.

Today, we are going to be talking about this issue and going into the subject of marriage. Mainly into whether or not socio economic class should define who we date or marry.

Why is socio economic class so important when it comes to marriage?

There is an undeniable association between socio economic classes and marriage. The main reason why this happens is due to the efforts that families make to generate a certain level of wealth.

Some people think that healthy people frown upon a marriage between their children and someone of humble origins due to discrimination. The truth is that this is not the case most of the time. They do not approve of this because they know that families of wealth should join forces to the best interest of their status and their wealth management.

It makes sense that people who have worked hard to keep generations of their families in a wealthy position would want to protect everything they have worked so hard to gain. When someone of wealth marries someone who from humble origins, there is an imbalance in that generational wealth preservation.

Does this make it morally right?

Perhaps that is the million-dollar question and that is what most people would like to figure out. You can look at this from the standpoint of the reason why this is not moral. The first thing that comes to mind is that you are not allowing your child to follow their heart and you are forcing them to find a partner based on what you expect.

There is no question that this is a moral issue and it makes perfect sense that some people find it to be an issue. With that said, the biggest concern for those who have wealth is the financial issue and they do not discriminate people as individuals, they see this as a way of preserving their capital.

Given that we have now established that it is not morally right depending on the point of view of each person, you also have to take into account that parents also want what is best for their children. For example, a middle class family that has a daughter who wants to marry a man of very humble and poor origins. Perhaps the man has little to no formal education.

When this happens, the middle class parents become concerned that this man is not going to be able to provide a safe environment for their daughter. Even if she is perfectly capable of working and surviving on her own, when a family is raised, this becomes a different situation and people need to consider this very carefully.

Parents wants what is best for their kid and they also think about the possibility of the marriage not working and the love fading away. There are many things to consider and logic is always going to be in the parent’s minds.

One of the most challenging aspects we have to deal with in life is the lack of logical thinking that comes from falling in love. This is all just a chemical reaction, but to some people, the feeling of being in love is the greatest drug there is and nothing related to logic is going to make any difference.

What this means is that when someone is in love, they hardly ever think about the consequences or the downsides related to the person they want to marry. Everything we do in life can be decided in two different ways. One of them is with emotional thinking and the other is with logical thinking.

When you think with your emotions, you only react based on how you are feeling, and not based on the many factors that should be considered when you make a decision. This is the reason why it can be so hard for people to be persuaded to think logically when they are in love with someone.

This is one of the reasons why this is such a complex process and it can determine many things about the way decisions are made. This means that morals are not the only factor, but emotional responses are also going to be a huge factor to consider.

Marriage is usually a decision to form a family

When people decide to get married, they are usually making this decision based on the idea of starting a family. While this does not mean they are going to have children in most cases, that is the reason why people consider marriage so important.

When you think of this particular factor, you realize that the socio economic aspect of getting married those play a major role. When two people decide to have children in marriage, they want to make sure that they can provide a good life to their kids.

This is the reason why marriage is not something that should only be decided because of love. Some would say that love is all that matters, but that is truly not the case in most situations. The economy and the ability to generate income to provide for the family are going to play a major role in a marriage.

It is also important to consider the cultural differences that can alter the decisions made by people when it comes to marriage. This is going to be very important

Marriage should never be something that is decided for any purpose other than happiness, but there may be many things surrounding happiness that are not related to emotions. This is the main reason why this topic is so controversial and there are so many different ways to look at this situation.