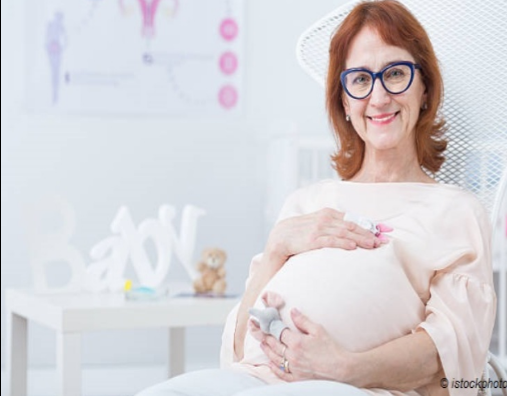 Late motherhood just got more glamorous as Naomi Campbell becomes a mother at fifty
A few days before her fifty-first birthday, ageless supermodel Naomi Campbell went viral because of her new status. She posted to her millions of followers on Instagram that a beautiful little blessing has chosen her to be her mother. This is a new role she’s hinted at in past interviews that she‘d one day like to have. Like Ms Campbell, pop superstar Janet Jackson (55) became a mother for the first time when she had her son Eissa in 2017. It seems fifty may have become the preferential age to become primigravida. Though, not too long ago a woman was considered a geriatric mum at 35 years old.


Before, if you had a child in your middle age they were not your first born (but the last who was likely to be several years younger than their older siblings) and the pregnancy was most likely unplanned, unexpected…possibly a result of the finale bust of fertility when you’d ‘retired’ from having and bringing up children. With science it’s become easier for women to plan to become first time mothers in the second third of their life. A consequence of advanced medicine and a healthy lifestyle is you can be fertile for longer and being an older first time mum is becoming quite common.


In the past women married and started having children quite early. Their life revolved around the home and children. They only engaged in activities within their community. Now women have more career options than their traditional roles. These modern vocations require years of commitment and dedication to get to top management and it is at this same time that the woman is at the peak of her fertility.

Information on fertility enables you chose when to have a child. At birth the girl child has two million eggs and this is all she needs in life. According to infertile.com from childhood, the girl child loses about ten thousand eggs cells monthly. When she starts menstruating she loses about one thousand monthly from the three hundred thousand that survived into puberty. During the reproductive years a woman goes through roughly 300,000 to 400,000 eggs but only ovulates 300 – 400 eggs. The number of eggs available and the quality reduces with age.

Fertility rapidly declines when a woman is in her thirties. Five years into the fourth decade the eggs reduce from between 100,000 and 150,000 to 80,000. And by the end of the decade the number could be less than 20,000. At the peak of fertility a woman loses about 1000 eggs monthly but only one is ovulated.
There are options you can choose from to be a mature parent. There’s the option of harvesting and freezing of eggs while you’re still fertile. You can become an older mother naturally though it is quite rare without any fertility treatment. If there are no good eggs available you can buy eggs or rent a womb. Also you have the option of fostering, and through adoption.

Statistics say older moms are likely to be rich, more educated and more stable however being pregnant in middle age comes with challenges. There are increased chances of diabetes, pre-eclampsia, high blood pressure and having children born with Down’s syndrome. Also the birthing process becomes dicey because of the mother’s age. The midwifery specialists would opt for the natural birthing process but private health consultants encourage the older pregnant woman to have a Caesarean section – a costly surgery – stating that the uterine muscles may be too slack for pushing during labour. However this can be flawed, as such mothers are better informed, fit and healthy.

As you bask in the joys of motherhood, forming bond with your bundle of joy who needs you for everything, surely the last thing on your mind is going back to work, right? But six months more or less after birth maternity leave is over, you’re torn between picking up on your career and becoming a full time mum. You have bills to pay but dread being away from your little angel. If you don’t have parents to help with the children the only other option is professional childcare and this service is pricey.

The combination of having a career and parenting can be a disaster. This makes most women to delay being mothers. Parenting demands the same elements you need to give for your career to grow. If you have to fuse motherhood and career you’d likely be stagnated at work as your subordinates get promote past you. There’s the reason of becoming parturient late because of failed relationships. It could also be that the elusive right partner only surfaced in your middle age. In addition, when we were young we’re not emotionally and mentally ready to have children but later in life as we became more established the desire to start a family grew.

When you’ve got the loopholes covered and you opt for advanced motherhood at the tail end of the physical limits rather than miss out in being a parent, bear it in mind that being a mature parent doesn’t end with you only, the child’s wellbeing is involved too. The children may resent being born if they are saddled at a young age with taking care of an elderly parent.

We know health challenges seem to multiply with each passing birthday. Though no one knows how long we’ll be around, as an older parent your mortality is glaring. The older mother could face discrimination as people would assume that the child is your grandchild. Your child may be uncomfortable to be seen by their peers with you as they can be tease they have a granny for a mum.
Each birth brings joy not just to the mothers or parents but to the whole community because every child is a gift.

Children have huge potentials to make the world better than they met it. And as beautiful as motherhood is, it is not the paramount role of the woman. There’s no need to make the childless woman a pity sight. All women are mothers not just to propagate their own kind but a woman’s mere presence should give birth peace, joy, love, respect in the world.