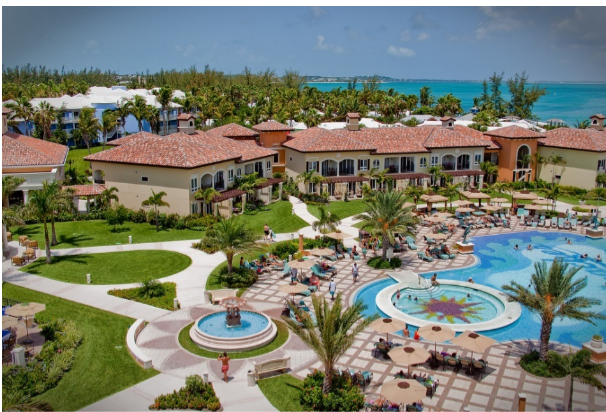 Crystal clear turquoise waters and warm soft white sandy beaches are is the norm for over forty islands and cays that collectively make up the ‘Beautiful by Nature’ TCI.

Widely considered the World’s number 1 best-kept secret, the Turks & Caicos Islands are actually a fairly easy vacation – easily connecting from Toronto, New York, Miami, as well as London. Each cay and island in the archipelago is a destination of its very own.

Those traveling to the Turks and Caicos can expect to enjoy immaculate and seemingly untouched pristine beaches, experience the luxurious accommodations offered at the resorts, even indulge in several world-class spas. Hungry? Try the delectable dining in paradise while you revel in the culture and local traditions.

The West Caicos is uninhabited and about 9 square miles in size. This area of the island chain sports a treasure trove of historical and uncommon ecological features, including Lake Catherine, which is a nature reserve dedicated to preserving a wide variety of birdlife. The deserted island still contains the ruins of sisal crops, engines, railroad tracks, and even some ancient stone buildings – evidence of the small civilization that once stood and thrived on the small island.

Providenciales is the third-largest island out of the chain and also the nexus or central point of the tourism activity.  More commonly known as Provo by the locals and frequent visitors, the 38 square mile island has several ultra-luxurious resorts, villas, and hotels.

While Grace Bay Beach is renowned for its powdery sand and pristine clear waters, the island also has additional unspoiled beaches that are more than worth exploring such as Taylor Bay, Pelican Beach, Long Bay, Blue Hills Beach, Sapodilla Bay, and more! Not many easy to reach vacation destinations can boast so many private beaches.

Grab a boat ride to Little Water Cay If you want to see iguanas around a deserted island. If you fancy yourself a kayaker this location is fairly easy to get to via kayak from Deep Blue

Not nearly as big as the other islands, Pine Cay is a quaint little 800 acres and sits between North Caicos and Providenciales. On one side visitors will find 2 miles of unparalleled pristine beach, a very select number of private homes, and the extravagant Meridian Club. While visiting Pine Cay the first thing you may notice is the no-car policy that is in effect which earned the island an award for environmental conservation and sustainability efforts.

If you do visit, make sure to check out Pine Cay’s underwater freshwater lens. A rather pleasant anomaly of nature, this limestone formation is a porous structure very similar to a dish sponge. It traps rainwater and holds it in the limestone and since freshwater is less dense than saltwater, it floats on the surface forming a lens of pure freshwater that ranges from a few inches to over 50 feet deep.

COMO Parrot Cay is a 1,000-acre private resort award-winning five-star island that boasts 74 suites and villas that offers visitors “foot-in-the-sand luxury”. The island is extremely popular with celebrities who have taken a liking to the altruistic hospitality which is as fantastic as the pristine beauty of Parrot Cay, and with good reason to. As Legend has it, there is a treasure buried somewhere on the island.

The Island is simply known as the ‘Breadbasket of the Turks and Caicos’.  Here is where tourists can lobster dive with local fishermen, kiteboard in Bottle Creek or go off exploring locations like Cottage Pond, Flamingo Pond, or Wade’s Green Loyalist Plantation. The island is widely known for being very lush with tropical vegetation, gorgeous beaches, and agriculture. Local farms grow crops such as okra, callaloo, plantain, and sweet potato that are sold all over the islands.

The Middle Caicos is the largest island in the chain. Visitors to this grand isle will have the perfect opportunity to explore the impressive cave system and bask in navigating the maze of caverns in The Conch Bar Indian Caves. Here you will find some of the largest limestone cave systems in the entire Caribbean with the underground caves going on for miles and even connecting to the ocean. Those who are feeling adventurous can go off the beaten path and enjoy hiking, biking, kayaking, and fishing.

East Caicos is 18 square miles and uninhabited with swamps and mangroves and where you will find the highest point of all the islands. There is a spectacular 17-mile beach on the northern coast that is typically only used by sea turtles to lay their eggs. On the northwest side, there is a series of caves that were once used for mining bat guano, and petroglyphs also show early evidence of primitive settlers on the island.

The locals know it as simply “The Big South”, this island is a marine paradise associated with the fishing capital of the Turks and Caicos Islands. The 18 square mile island has an impressive combination of luxury accommodations like the Ocean & Beach Resort, East Bay Resort, and the Sail Rock Resort, which is the island’s only five-star property.

Grand Turk is the capital island of the Turks and Caicos and also the home to a rather impressive state of the art luxury cruise ship center.

Salt Cay is a 2.5 square mile island located in the Turks Bank, where you will find a modest and authentic island life. Everywhere you look there are remnants of the island’s past as the center of the salt industry with the ever-presence of longstanding salinas and preserved Bermudian architecture, there are plenty of opportunities to lose yourself in the history of the island. The curious little island has a population of under 80 residents who are very well known for their kind-hearted nature.

10 tips on raising your teenager right