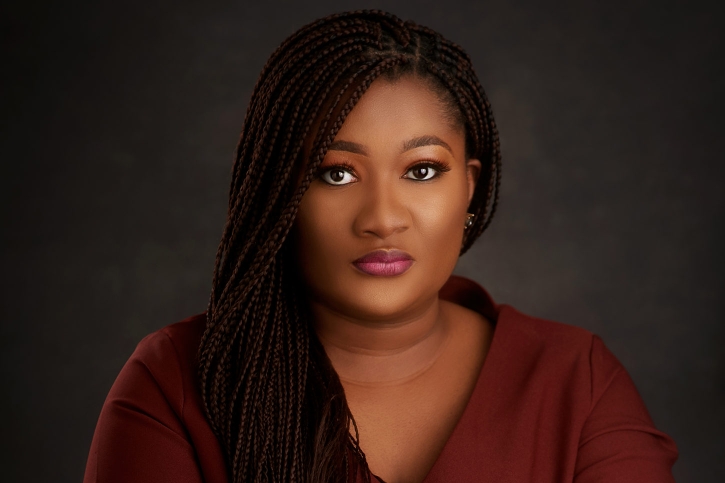 by Princewill Ohaji
in La Femme


Mrs Chinwe Egwim is a trailblazer and we love how much impact she has made in the economic sector in Africa. Her story is an inspiration to women globally especially young girls in Africa.

Chinwe Egwim is a professional economist that has over 500 published economic notes primarily geared towards macroeconomics which cover fiscal profiles, monetary policies, fx dynamics, interest rate movements, trade, GDP growth trends, reserves management, inflation and sectorial trends among others. Chinwe consistently applies rigorous analysis to ensure Africa’s economic landscape is better understood. She is currently the Senior Economist at FBNQuest Merchant Bank, an arm of FBN Holdings.
Chinwe was appointed as a National Consultant by the United Nations Economic Commission for Africa to lead the services trade project which is partly driven by the United Nations Conference on Trade and Development. Through this project she successfully led the UNECA National Seminar on global and regional value chain analysis for the financial services sector as well as produced a policy document on the back of extensive data analysis, which serves as auxiliary resource for the African Continental Free Trade Area agreement.
Chinwe’s contributions have also supported high-level committees’ setup by development agencies like the World Bank. She has been included to IMF Article IV consultations. Chinwe is also an active member of the Africa Development Bank Meetings and currently sits as a member of the board committee on research at the Nigeria Economic Summit Group. In 2021, she became Resident Economist for the research-based initiative, AiR – Africa Investment Roundtable.
She is a highly sought after thought leader and has spoken at, as well as delivered keynotes on several reputable platforms. Her strong research skills and ability to understand, process and extract value from data has landed her multiple high-level public speaking roles on expert panels. Her TEDx talk on Equipping the Female Economy has gained traction from policyinclined and development institutions and has contributed to conversations around lifting women. On print media, her views around economic trends are featured across multiple media platforms – Chinwe’s article on the African Continental Free Trade Area (AfCFTA) and Women was published by the World Economic Forum. She is regularly pulled in to give expert advice around global and domestic economic trends on news channels such as CNBC Africa and the BBC.

Chinwe authored a book titled, Understanding Economic “Jargon”. The book uses a simple approach to breakdown how economic indicators and the investment climate react to economic shocks and upswings. It has garnered interest from global and national leaders and has ranked as a bestseller on Amazon.

Chinwe is an advocate for women empowerment and a firm believer of equipping disadvantaged women with tools to enable them thrive. In 2020, Chinwe was appointed as an Executive Council Member of Women in Management, Business and Public Service (WIMBIZ). She has received several reputable recognitions and awards for her work as an Economist and Advocate for Women Empowerment. Some of which include: being recognized as one of the Most Influential People of African Descent (MIPAD) 100 under 40 in support of the United Nations International Decade for People of African Descent. She was listed as one of the 100 most inspiring Nigerian women by Leading Ladies Africa, included to the Corporate Nigeria PowerList as an influential professional Nigerian under 40 and also recognised as a leading woman in banking by the Association of Professional Women Bankers. Chinwe was nominated as professional of the year by Future Awards Africa and won the HER Network Career Woman of the Year in 2018. She has been featured on the cover pages of multiple business-driven magazines.

She is an advisory board member of Africa Policy Conversations, Bookings Africa, 9 to 5 Chick and The Women International. Chinwe is a Founding Partner of DAS Hub Africa – a solution driven consultancy boutique geared towards market intelligence and visibility boosting for executives. She is a mentor to several young professionals and serves as a resource person for impact driven initiatives geared towards Africa.
At WomenSpheremag we celebrate this accomplished woman.

We are all inspired by Adetola Salau's story at Womens' Sphere, Her undying passion for education has had a huge...

Tips for a perfect summer this year.