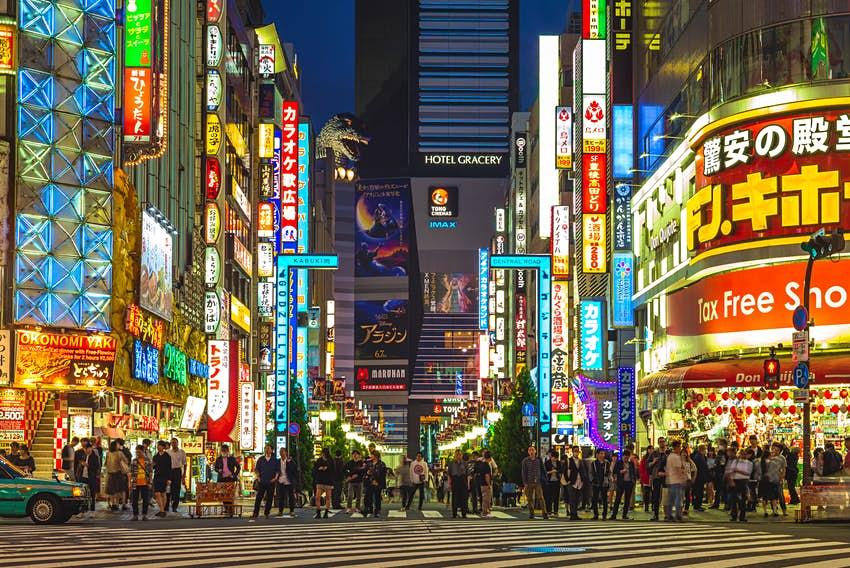 by Henrietta
in Lifestyle, Luxury Living

Tokyo and 8 Reasons to Vacation or Move There

So, let me take a guess. You’re a huge fan of Japanese culture or you’re looking to visit one of the most tourist-friendly destinations on the map! Well, if you’re anything like me, visiting Tokyo is more than likely somewhere on your bucket list. Not only is it one of the hottest tourist locations around, but Tokyo is also the biggest city in the world, which means there are so many places to discover and so much to do. In this city, you’re sure to find something that will be fun for everyone if you’re willing to look. As for reasons to visit, you’ll be hard-pressed to not find any. For the history buff in the family, Tokyo is loaded with historical culture from its temples to its elaborate skyscrapers. As you would guess, Tokyo is wildly popular with the anime crowd and hosts some of the largest conventions in the world dedicated to the art style. Everything else from shopping to fashion to food and even games, this neon city has something for everyone. Not only is it a fantastic place to visit or vacation, but Tokyo is also one of the best cities to live in the entire world! Why, you ask?

You have to admit, for Tokyo being the size that it is, it’s pretty impressive that it’s one of the cleanest cities in the world. If you were to walk up and down the streets, you’d have a hard time finding any type of trash or litter.

7. Great for kids or adults or want to feel like one again!

In other countries, cute children’s stuff is normally found inside toy stores, but in Japan kawaii is literally around every corner. In the states, and most countries, it’d be strange to find cute little action figures or giant stuffed brightly colored animals at gas or bus stations or billboards, but in Tokyo, you will always find a Pokemon or Hello Kitty or some other popular character from Japanese culture. It may seem childish but if you’re having a bad day, it’s hard to stay mad when you have to walk past 20 giant inflated Pikachu’s on your way to your next location.

Public transportation in Tokyo is probably the best in the world. Well maybe not “the” best, but in my personal opinion, it’s definitely up there. The city already has the whole ‘extremely clean’ thing going for which is fantastic, and that doesn’t change when it comes down to its public transportation either. Trains come and go every few minutes and they are rarely ever late. When there is a delay it’s normally taken care of very quickly and take make things even nicer, the public transportation system is easy enough for a foreigner to learn!

One trend or fad that seems to be dying out, especially in North America is vending machines. You’ll never be thirsty or hungry (or at least not for long, and if you have a few bucks) because you’ll find a vending machine on nearly every street corner. No matter where you are in the city, you’re literally within walking distance of a multitude of food choices. And I’m not just talking about tasty cakes and candy bars, but actually fully cooked meals. That’s right, you can order a fully-cooked multiple course meal consisting of dumplings, pasta, meatballs, seafood, steak, and much more. Just enter the proper amount, place your order, and wait around a few minutes. Next thing you know, you’ll be enjoying General Tso Chicken and rice right out of a vending machine.

4. So many choices when it comes to entertainment!

Do you love barhopping and karaoke? If so, you would love drinking in a Japanese-style pub called izakaya or belting out your favorite tunes at karaoke after slugging back some sake. Just like claw machines and slot machines, you could easily end up spending all your money on UFO catchers in an arcade trying to win some crazy trinket or high-priced electronic. Aside from the everyday things to do in the city, there are also a ton of events being organized every weekend like an art exhibition, a traditional festival, or even a beer garden!

Japan as a whole has a pretty low crime rate making Tokyo a very safe place to live or visit. When at a café or a restaurant, it’s not uncommon for people to leave their belongings at their table because the likelihood of having them stolen is low. Locals and tourists alike both claim that walking the streets of Tokyo at night generally feels really safe

Japanese people love shopping and so do most of the tourists or frequent Tokyo year after year. The city itself has a lot of popular chain shops that most countries have like Zara, Toys R’ Us, and Costco but they also have tiny boutiques and their chain stores. Every place you will visit in Tokyo will have some unique shops to explore. Who knows what treasures someone might find?

For around 500 yen (which is about $5) you’ll be able to get a nice little meal at a family restaurant or if you’re looking for a more traditional meal, check out a soba or ramen restaurant. If you’re in a hurry, don’t forget about all those vending machines! It’s great that the food is so cheap because you could lose a lot of money on those darn UFO games! No matter how you look at it, if you have a few dollars on you, you’re not going to starve while perusing the streets of Tokyo.

I hope some of these reasons may have convinced you to finally take that trip you’ve been thinking about or giving you an idea of where to go on your next vacation. There are so many more things to say about Tokyo but it is something that you need to experience for yourself.

My name is Henrietta, I’m a forty-something years old wife and mother of four, born in Nigeria, I lived in Chicago for more than half of my life and currently live in a small town called LaSallein Ontario, Canada. My professional life started out as being a registered nurse (for 20 years), but life’s responsibilities took me on a different path. A few years ago, I quit my job in the hospital and decided to work from home and help run my husband’s medical practices.

Myths and Facts About The Use of Make-up