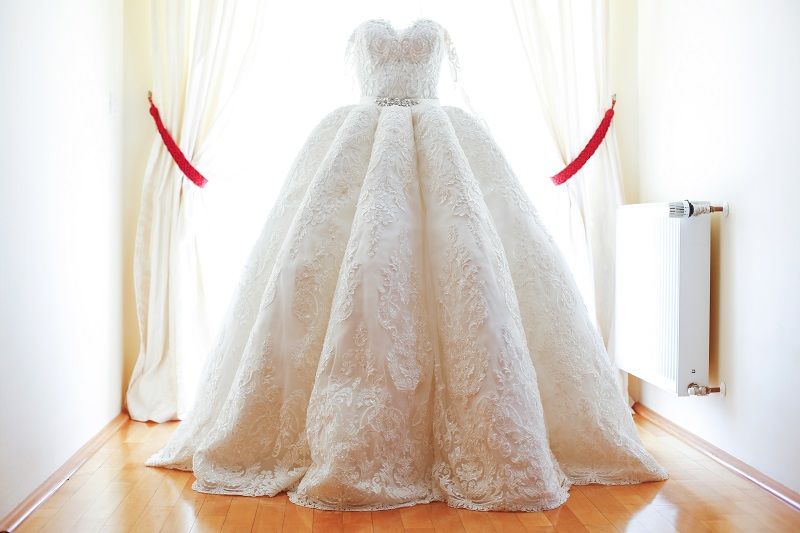 What To Do With Your Wedding Dress

by Dolapo Akinlabi
in Style Sphere, What to do with your wedding dress

A peculiar but realistic thing to write and talk about is, “What to do with your wedding dress.” Lots of people usually don’t think about this at first (before the wedding), but probably start to after the wedding. While some people might already have plans for it, others are simply clueless. After spending so much money on it and having such wonderful memories while wearing it, it really is a good idea to do something with it so that you can extend it’s meaning beyond the wedding itself.

There are so many things you can do with your wedding dress, or dresses—it solely depends on what you eventually decide to do, and know that whatever you decide is perfect. So, make sure to own it, have no regrets and be proud!
One of the popular things people like to do is keeping it and passing it down from generation to generation. Of course, the fashion trend in these generations might differ, so people make the decision to tweak their dresses or wear them as they are. Surely, this is done in a such a way that people wouldn’t even know that the new dress is a revamp of the old, making it suit the present bride’s taste.

I have a friend who loved her dress so much that she shortened it to make it into a cocktail dress and she dyed it several times to revamp it, going from pastel shades of pink to a bright fuchsia that literally lit up every room that she walked into!
Other things are giving it out, renting it out or selling it. These might sound extreme to some, especially those who would rather theirs be in the family. But, remember, everyone makes their decision which should be respected even if it might not be understood. Whether it’s giving the dress to charity, family, friends or renting/ selling it to them or other people, the reasons why each person come to this decision is best known to them.
The memories, joy, emotion and atmosphere would always be imprinted in your heart and truthfully what you decide it be imprinted in, which would ultimately differ per person (for some other people it might be their dresses, special location or even the decoration). So, the honest truth is that at any point you think “WHAT TO DO WITH MY WEDDING DRESS?”, know that the decision lies with you, and you should be proud and comfortable with whatever you decide, don’t let anyone talk you down or make you feel less because of what you eventually decide.

Via: Image courtesy of Getty Image

STEVE HARVEY Steve Harvey always brings his A -game in his fits, oh his swag is next to none. PRIYANKA...

Here are some of the outstanding looks at the Met Gala 2021. Which celebrity wowed you the most? Asap Rocky...

Polka Dots – Summer must have

Photo Credit: British Vogue Polka dots items are making a comeback this summer. This print is an easy go to...

CREATE TIME FOR SELF GROOMING, YOU NEED IT!

Photo Credit: Federico Beauty Institute Grooming is the art of cleaning and maintaining parts of the body. Self-grooming is the...

Are your cosmetics eco-friendly?

Photo Credit: Unsplash.com/Noah Buscher Going green in everything we engage in, has become a global culture. And now more than...

Photo Credit: Suffolk Beauty Academy The saying, “beauty is in the eye of the beholder” dates back quite a long...

Financial Intelligence: What is it, and How to get Savvy about It!