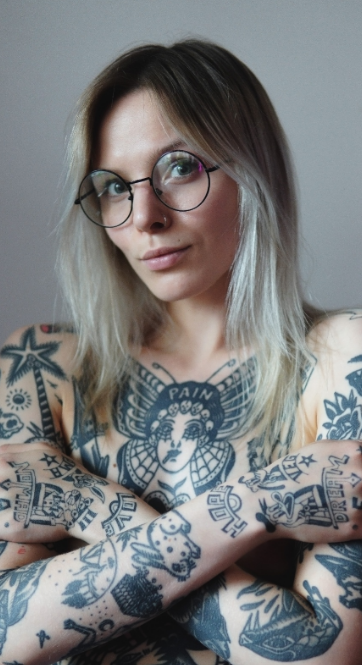 by Elizabeth
in Lifestyle

Is there anyone who doesn’t have a part of their body that they wouldn’t like to change? We can cover up flaws with make-up and clothings. We can go further to change the appearance of a problem area by exercising the target area. If you have batwing arms there are several exercise you can carry out to help tone up the appearance of flabbiness.

Usually it may be that you want your belly to flatter, more defined shoulders, to have better toned legs and the list goes on by making little changes to your lifestyle from what and when you eat your foods to the time you spend being active you can achieve an improved appearance in the way your body looks. However, if worrying about the way your body or a part of it looks affects you that you feel sad, unhappy and you develop negative thoughts like committing suicide then you most likely suffer from body dysmorphia disorder (BDD) a mental health problem.

Body Dysmorphia Disorder is a persistent and intrusive preoccupation with a body defect which is mostly probably imagined or slight.  It was initially called dysmorphophobia, a term coined by Italian physician Enrico Morselli in the late 19th century. He described the person who suffer this condition as a veritably unhappy individual, who in the midst of his daily affairs, in conversations, while reading, at table, in fact anywhere and at any hour of the day, is suddenly overcome by the fear of some deformity that might have developed in his body without his noticing it… should he be prevented from quieting his doubts in some way or other … the fear does not end very quickly, but may reach a very painful intensity, even to the point of weeping and desperation..  With over a century of being recognized as medical issue, BDD is not a phenomenon of modern society and its apparent preoccupation with appearance.

Though the cause of this disorder is unclear, it usually begins in adolescence – that stage of our life that can be confusing as you struggle to assert that you’re grown but adults still treat you like a child. It’s the stage of development where you experience changes in the body that peers pick on you for. If you were one of those with an outburst of ugly, fierce looking pimples or a growth sprout then you know how awkward being a teen can be. However, this issue has been recorded to occur in children as young as 5 and in adults as old as 80. People who suffer from this disorder may recall being bullying and incessantly teased in the playground at school.

According to research there are so many people on earth with this affliction. BDD affects as many as one in every 100 people! That’s tens of millions of people and it affects both men and women equally experts say. There are several factors that may trigger body dysmorphia. BDD can result from a combination of environmental, biological and psychological factors like abnormal levels of brain chemicals, personality traits, genetic predisposition, life experiences and a family history.

People with BDD concentrate excessively on body parts like the face (especially the nose and lips), the hair, stomach, chest and skin so much that the focus can lead to severe emotional distress affecting daily functioning to the extent they avoid social interactions that are anxiety and depression provoking in addition to anticipation and having negative thoughts like suicide.

People who suffer from BDD engage in repetitive activities to try to cope with their physical impairment for example use of excessive make-up to cover up their perceived flaw or defects and excessive exercise to change the way they look.

They have a love-hate relationship with mirrors and reflective surfaces. They can incessantly look at mirrors, examining their appearance or completely avoid such objects – as they find looking at themselves too distressing.

They are eager to receive complements about how great they look. Generally people compare their appearances with others, and this is a common thing on the internet. Some people with BDD become involve in harmful habits when they try to improve the way they look e.g picking spots on their bodies which aggravate scars and further anxiety.


BDD can be difficult to treat because of wrong diagnosis. You may be told you suffer from depression, social anxiety or an eating disorder. However medical help may come only after carrying tests based on your symptoms and the extent they affect you, in addition to after finding out you have irrational fixation on a small or inexistent body imperfection and that you can’t live a normal life because of thoughts about the perceived body flaw.

It is important to recognize and appropriately treat BDD, as this disorder is associated with marked impairment in psychosocial functioning, notably poor quality of life, and high suicide rates. The most prescribed treatment for this disorder is a combination of talk therapy and drugs. Cognitive behavioural therapy (CBT) is the most effective talk therapy based on its results of improving the health of sufferers. In the application of CBT the mental health practitioner helps you replace thought and thought patterns with positive ones. Anti depressants like selective serotine re-up take inhibitors also work best for BDD.

– the duration of the issue
– your age, health and medical history
– reaction to certain drugs, procedures or therapies
– expectations for the course of the disorder
– the expert vies of other specialist involve in your specific case
– your own opinion and preference

BDD is commonly considered to be an obsessive compulsive spectrum disorder based on similarities it has will obsessive-compulsive disorder (OCD). OCD, social anxiety and depression, and eating disorders are other mental health issues common with people who suffer from.
BDD causes substantial suffering to patients and their loved ones, and impairment in living a normal life because of the delusion about their appearance thereby restricting people to their homes and bedrooms completely.

7 main qualities your love life needs to be healthy